Europe's fight against Covid-19 shifts from hospitals to the streets

Europe's fight against Covid-19 shifts from hospitals to the streets

Marseille, France (CNN)At first, the front line of Europe's fight against the Covid-19 pandemic was fought in hospitals by overstretched health care workers. Now as European countries seek to avoid the long-dreaded second wave, that line has shifted to the streets and is being manned by police forces.

In the last week, several European countries have seen record infection rates. Not since the spring have countries like France, Germany, Italy and Spain seen such a surge in the number of new cases. Countries like Greece and Croatia, largely spared by the first wave, have seen fast rises in August as tourists, taking advantage of the reopening of Europe's internal borders in June, have headed to the beach for their summer holidays.
With authorities determined to avoid a second wave of lockdowns, legislation has been introduced to try and stop the spread of the virus. Nightclubs have been closed in Italy and in Greece, curfews introduced in Spain, Italy and Greece and facemasks made mandatory in an ever-growing number of public, outdoor spaces, in most EU countries: a gradual tightening of regulations that will now have to be enforced. The fight against Covid-19 has become, in these last couple of weeks in Europe, a matter of law and order. 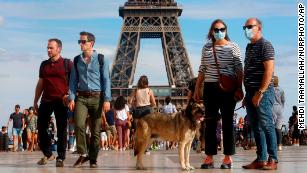 Young people are driving a second, less-deadly surge of Covid-19 cases in Europe
Until recently many of the regulations applied to indoor businesses and were enforced by owners, or to public transport, where they were enforced by the conductors and drivers themselves. Across Europe there were reports of difficulties in the enforcement of the mask rules, from passengers who refused to wear them being made to disembark from "vaporettos," the small boats that ferry tourists around the waterways of Venice, to the tragic killing in France of a bus conductor in July, who died after being attacked by passengers who'd been asked to put on their masks.
Now with the obligations on mask-wearing extending to the outdoors and with their enforcements shifting to the police, there is a sense of relief from many of those who had previously been in charge. "We were on the front line", says Damien Cospanza, a bus conductor in Marseille in the south of France where mask-wearing was made mandatory in the entire city on Tuesday.
"Sadly people need to be scared. They need be fined for them to understand that it is mandatory, especially in a city like Marseille. People won't listen much to a conductor but they will listen to the police."
But if the burden has shifted from conductors and shopkeepers to the police, there is now a question of overstretch over the long-term, as regulations tighten and the number of cases continues to grow. 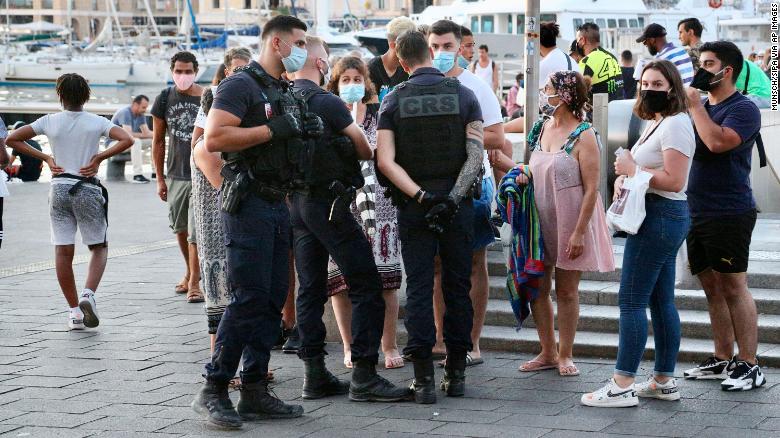 Police are now enforcing the wearing of masks in cities such as Marseille to slow rising Covid infections. 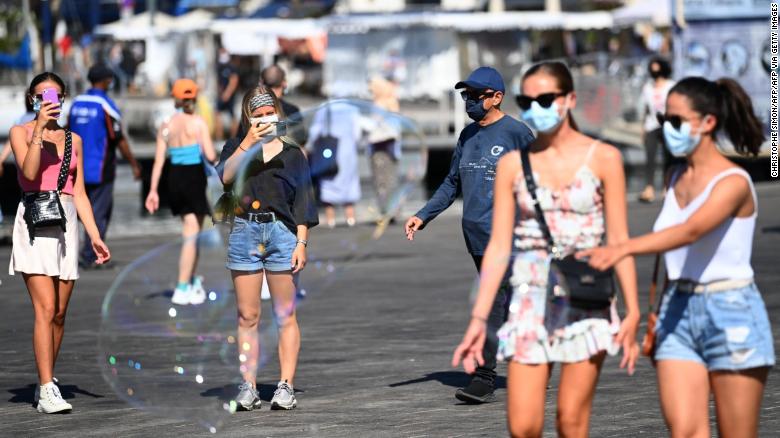 People wearing face masks stroll in the old harbour of Marseille on Wednesday.

Police stretched on many fronts

On Thursday, the French Prime Minister announced that masks, already mandatory in some parts of Paris, would be made obligatory throughout the city. "It isn't enough to create new laws, they also have to be respected," Jean Castex pointed out. Since August 17, he said, 30,000 police checks had been carried out on indoor businesses with 1,900 fines levied and 53 establishments closed.
In Marseille, a tourist hot-spot where the obligation to wear a mask outdoors was extended on Tuesday to the entire city, a special team of national policemen has been sent to help local forces enforce the new rules. 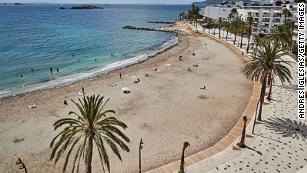 Europe's travel windows are slamming shut
As CNN followed the officers around Marseille's old port last week, the unit's commander, Jean-Marc Cortes, explained that his job was more about helping people to understand the new rules, than actually imposing the 135-euro ($159) fine for non-compliance. "If there weren't police on the street enforcing the rule," he said, "people would wear it less. When they see us, it reminds them that it's mandatory and often that's enough."
But already, two weeks after masks were first made mandatory outdoors in France, 700 fines are being issued a day, by an already overstretched police force that has had to deal these last few years with both terrorism and massive protests. "We've had the yellow vests and now it's Covid," says Eric Moulin, the regional secretary of the UNSA police union, "and while we are busy with those missions we cannot also fight other crimes like delinquency ... and that is our primary role, fighting general delinquency. And that is going to take more resources."
In June police forces in France staged several demonstrations, calling for more support from the government and more resources, as protests partly inspired by the Black Lives Matter movement raised fresh concerns about the methods used in several recent French cases of alleged police brutality.
In 2018 as well, there were protests by police calling for more resources, some of them held illegally. Moulin says it is a good measure of the frustration of rank-and-file police officers, now worsened by their extra responsibilities. At the very start of France's lockdown in March, it was only the threat of a police strike that prompted authorities to issue the protective equipment that officers had been calling for. 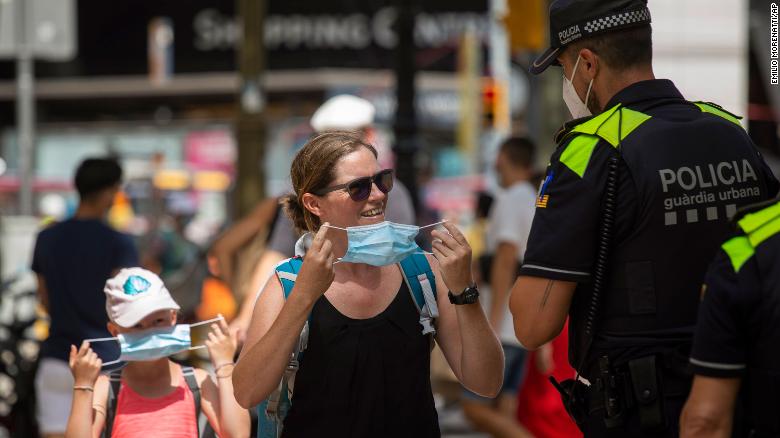